As we know using absolute paths in our code can complicate things from a deployment point of view, so it’s best to use relative paths were possible. In business intelligence studio 2008 however the package configuration wizard doesn’t allow you to enter relative paths when pointing to configuration files. If you attempt to type a relative path in, clicking next will replace it with the absolute path, so we appear to have a problem here. 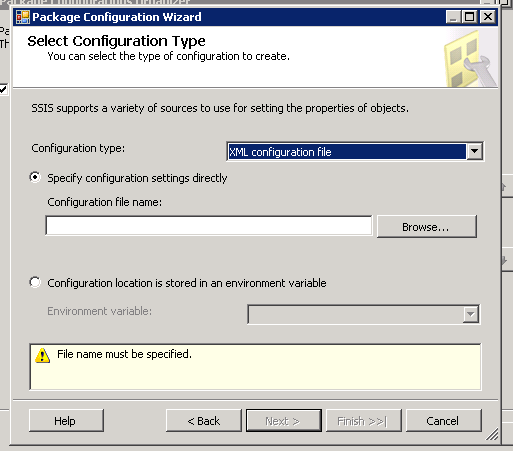 There is an easy work around however, rather than using the GUI just edit the .dtsx file directly to point to the relative path. For example if in BIDS package configuration window you have entered the path as ‘c:\SSIS\active.dtsconfig’, simply change that to ‘..\SSIS\active.dtsconfig’ using a text editor and next time you open the wizard the relative path will be used.