Open in Notepad++
Super handy Visual Studio extension which adds a menu command that lets you open any solution, project, folder and file in Notepad++.

Redgate SQL Search
Have used this for years. It allows you to quickly find objects across multiple DBs and then allows you to select them in Object Explorer.

Open Command Line
Opens a command line at the root of the project and also allows for easy (right click) execution of .cmd and .bat files. I use this regularly to right click and execute .bat files for doing things like running Entity Framework scaffold commands direct from solution explorer.

Roslynator
Roslynator is the closest free product you’ll get to resharper. It has over 500 analyzers, refactorings and fixes for C#, powered by Roslyn. Some of the available refactors are shown below. 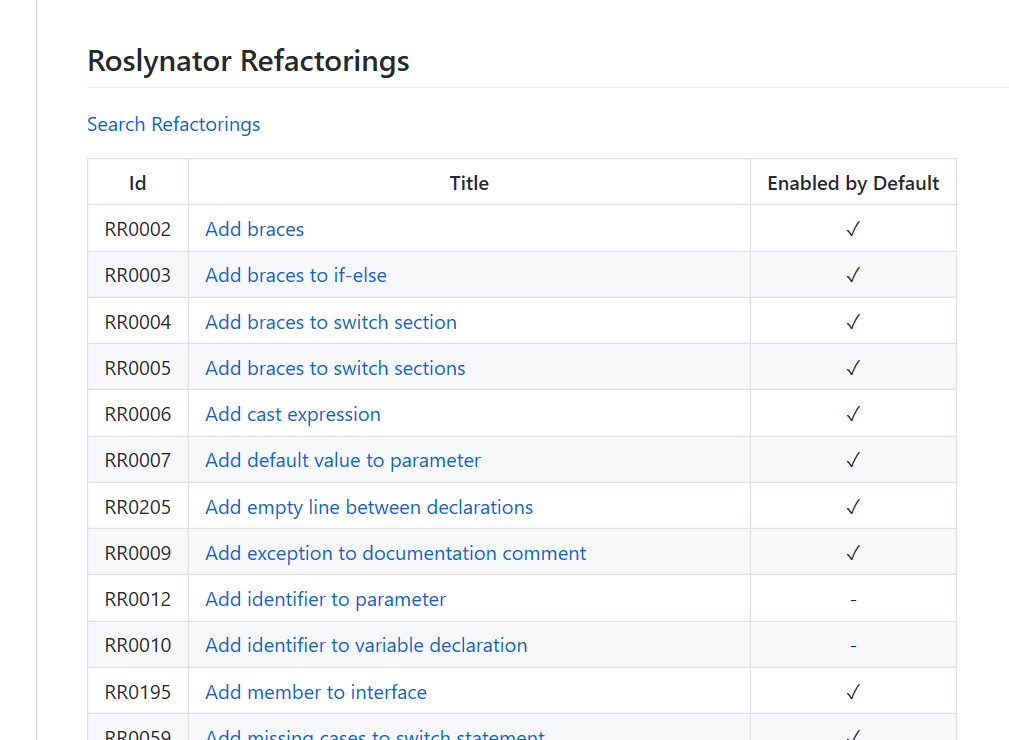 CodeMaid
Both CodeMaid and Roslynator Visual Studio extensions are complementary to each other. Similar to Roslynator it has a number of cleanups it will perform on your code. Examples include deleting redundant regions, empty lines and unused using statements. My favourite feature however is CodeMaid Spade which is like an enhanced version of the class explorer you get within Visual Studio Solution Explorer already.

Spade allows you to sort members of a class alphabetically and by construct type (method, interface, class, property etc), it will also give you an indication of a methods Cyclomatic complexity. It’s great for quickly reorganising code as it supports moving code via drag and drop as shown below.

Live Share
Of all Visual Studio extensions available this one is particularly relevant at the moment as so much remote working is happening due to Covid 19. Microsoft Live Share extension enables developers to collaborate with each other more easily by allowing a single developer to share their IDE in an interactive manner. This means developer(s) that join the sharers session will have their own cursor and can edit any file in the solution independent of what other developers are doing.

Installation of Visual Studio is not required to join a session as a browser can be used, so live share also has a lot of potential for conducting interviews and online based training. 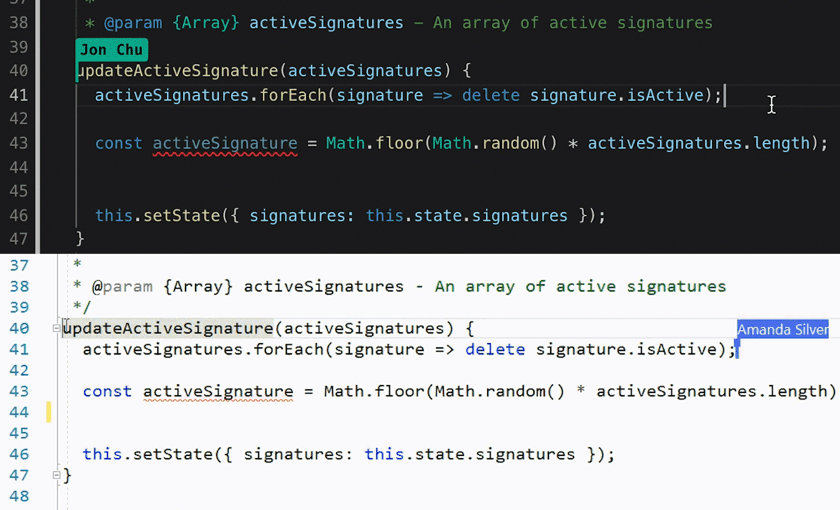 Regex Tester
Regular expressions can be a pain to work with at the best of times. Used less often than other extensions mentioned but it allows you to test your regular expressions before using them in code and also generates corresponding C# code.

VSColorOutput
Adds colour highlighting to Visual Studio’s Build and Debug Output Windows. Errors are in Red, Warnings in Yellow, build headers are Green. Very helpful for large projects and so simple it’s suprising its not included in Visual Studio by default.

Align Assignments
Available from Microsoft DevLabs, this is a simple Visual Studio extension that aligns assigments to make them more clear and readable. A before and after example is below.

Solution Error Visualizer
Also available from Microsoft DevLabs. It allows you to quickly see which files have warnings or errors in them from within Solution Explorer as well as change the view to only show these files. This feature is in a number of other IDEs and can be a big help when working on large projects or when doing large refactors.