Instead of adding many different test methods with different inputs set in the method body we have one method and pass in the inputs and expected output(s) for each test we want to run as params to the method (one per line). This means less test methods (so test logic easier to change) and that we can quickly see all inputs and expected outputs for a particular method together. In addition to this our results from each row of params will be grouped together.

Below is one example from eShopOnWeb which uses xUnit, but most test frameworks will support the concept. Click on the image for a larger view in a new tab… 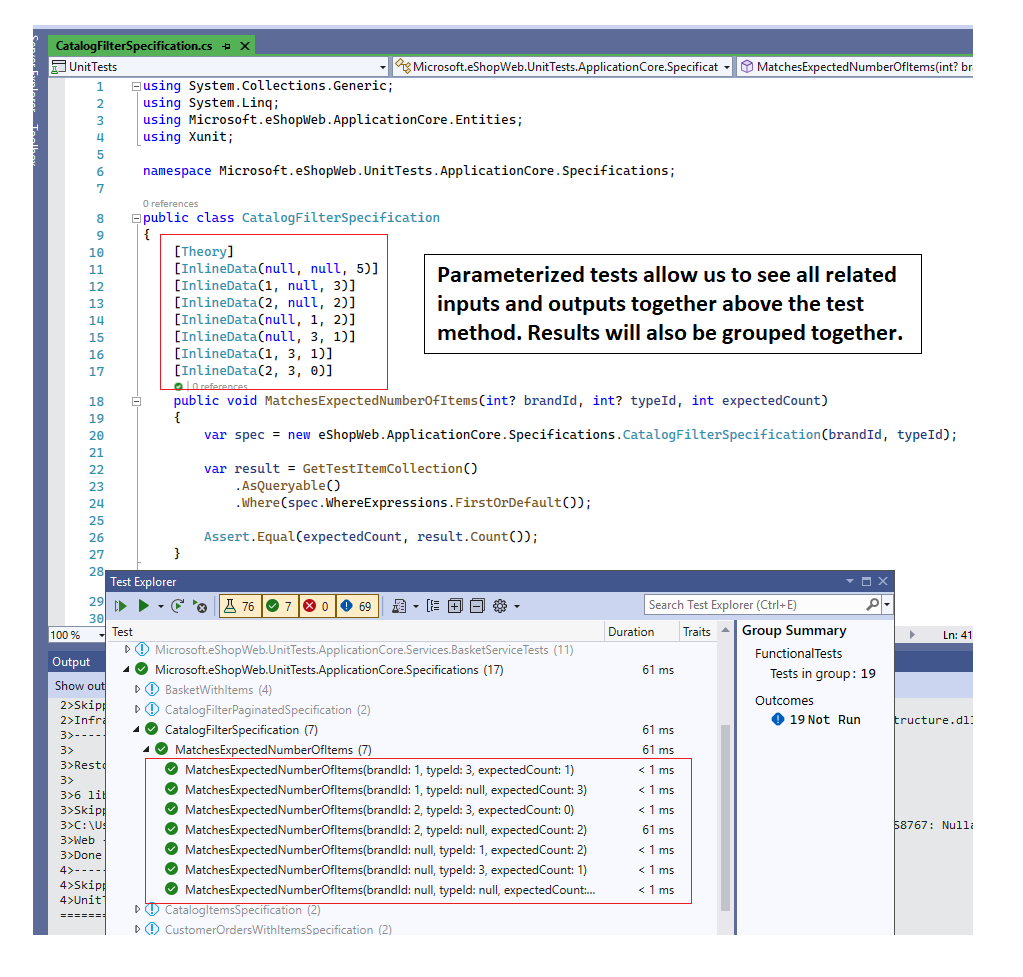 In this particular test the query inside the specification is being tested.. for me this is a little bit too low level of a test. There’s very little I can refactor in the specification without changing its signature and thus requiring a change to the test so personally I would test this stuff but would do it through the context of its parent API or use case which appears to be…