.NET doesn’t use Newtonsoft by default anymore (since .NET Core 3.0). A lot of the examples online show how to use the new System.Text.Json namespace to extract values from JSON strings by deserializing the strings into full POCO classes (DTOs/ViewModels).

If you only want to extract the value of a particular property and don’t want the overhead of having to create a lot of nested classes, its very simple to extract values directly using the JsonDocument class.

For example if I have the following nested JSON structure (taken from Google PageSpeed API in case your curious) .. 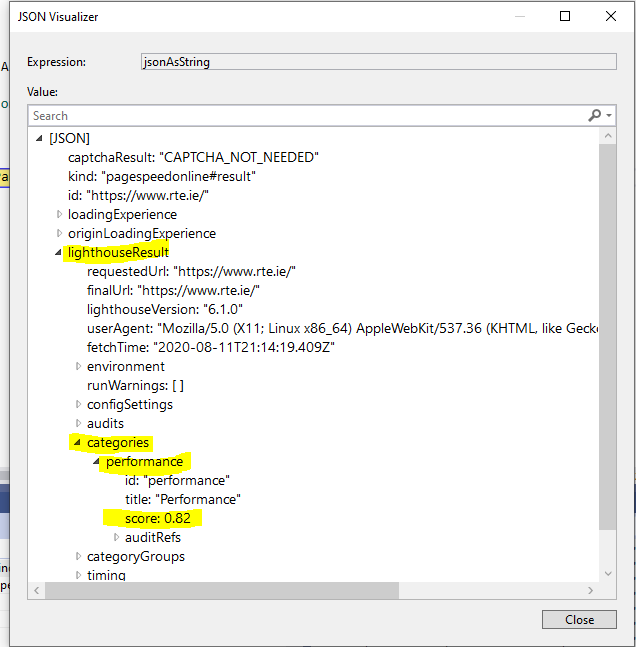 I want to extract the 0.82 score value I can just create a new instance of a JsonDocument and then chain a couple of GetProperty calls together.

If you really can’t switch from a GUID to an identity int (to save space and fragmentation) and you must use a GUID in an index, to mitigate against the performance problems ensure it is sequential and ever-increasing. SQL Server allows you to do this by setting a default constraint on uniqueidentifier columns which calls the NEWSEQUENTIALID() method. This method creates a GUID that is greater than any GUID previously generated by it on a specified computer since Windows was started. The problem with this method however is it is created on the DB side and won’t be useful if you need to pass in a GUID from the client side. 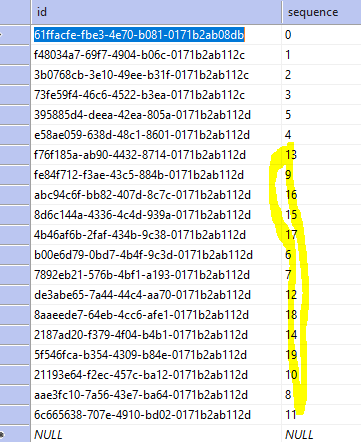 but wait… actually they are not sorted correctly.  This is because the timestamp is generated using DateTime.UtcNow which has precision of 1/300th of a second meaning that if you quickly generate a lot of COMB Guids like above there is a chance you’ll create two with the same timestamp value. This won’t result in collisions as the non timestamp bits will take care of that but it means COMBs with the same timestamp are not guaranteed to be sorted correctly for insertion into the DB.

Using UtcNoRepeatTimestampProvider is simple and results in GUIDs which are correctly sorted in SQL Server as shown below. 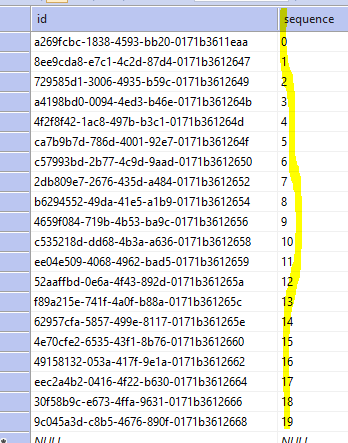 There’s not much to choose between the other two. If your using EF Core to update your DB then you’ll have SequentialGuidValueGenerator available anyhow so I’d just go with what you have out of the box rather than integrating RT.Comb for example. COMBs are ideal if you want to be able to extract the timestamp out of the GUID for things like debugging, but it does perhaps have limited real world benefit. There are many COMB libraries available online but if you happen to use both SQL Server and PostgreSQL RT.Comb is ideal as it supports both.

Note Sequential GUIDs by their nature are guessable so don’t use these in a security sensitive context.

C# will automatically convert numbers which are of type float, double or decimal and have a lot of precision (lots of numbers after the decimal point) to scientific notation. The means if you have a double which for example contains the value .00009 and attempt to convert it to a string C# will display it as 9E-05. Of course this may not always be desired. To ‘fix’ this you just need to explicitly format the string:

Change 5 above to whatever level of precision you require.